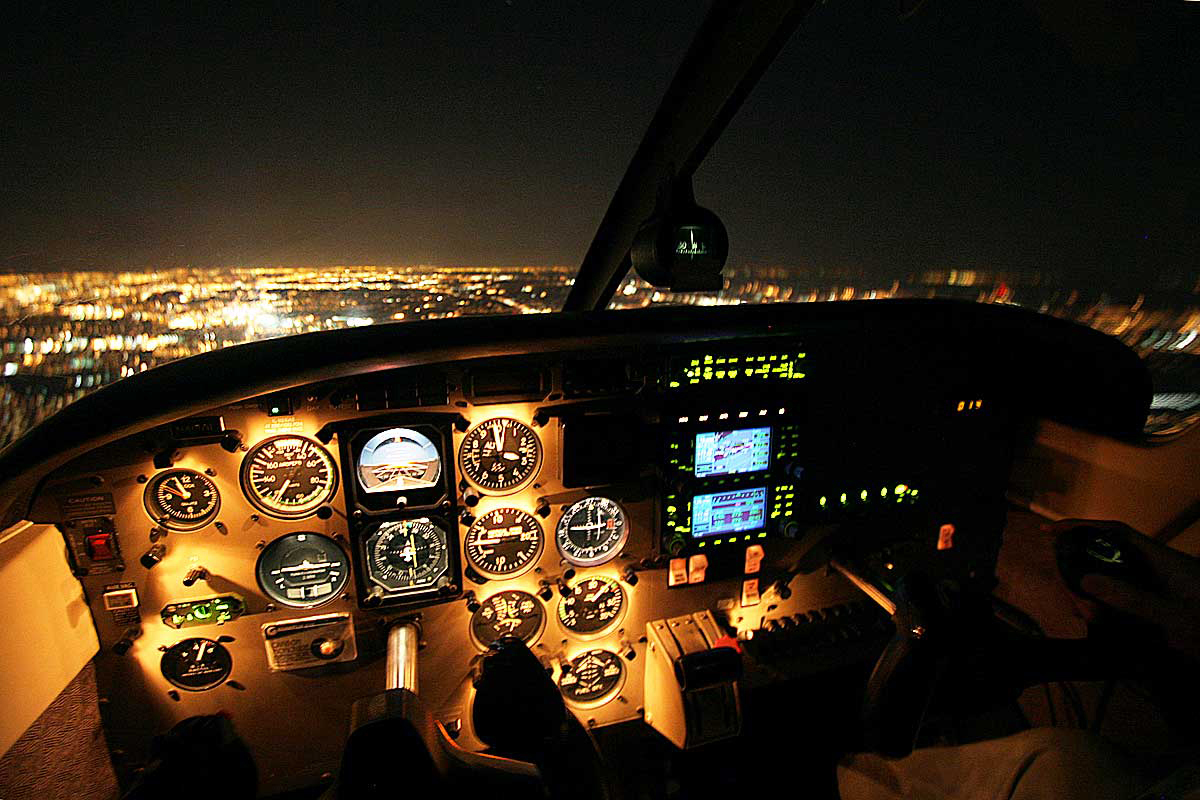 The Difference Between IFR and VFR

Night VFR flight is more challenging and enjoyable than visual flight during the day. During a night flight, we must adhere to different procedures and regulations. Below you'll discover information on what IFR and VFR are, what they mean, and the requirements that must be fulfilled.

Visual Flight Rules (VFR) is an aviation term that refers to "fly by visual references." It is formed from of the first letters of the English term. The VFR flight window runs from 30 minutes before sunrise to 30 minutes after sunset.

What is VFR Flight?

VMC – What are Visual Meteorological Conditions?

The following are the VMC conditions as described in ICAO Annex 2;

How to Make a VFR Flight

The VFR flight system relies solely on visual references to perform. When establishing a route on VFR maps for VFR navigation, reference points and estimated arrival times must be noted at regular intervals to ensure that we are on the predicted flight path. These points and the actual arrival times are compared during navigation to analyze the influence of atmospheric conditions on our flight. For example, we might arrive earlier than expected because we're flying with a tailwind effect. On the other hand, we may arrive at a checkpoint later than expected, implying that we will be flying into a headwind and would use more fuel than planned.

The chosen landmarks must be visible from the altitude at which we intend to navigate and have visually distinguishing characteristics from the surrounding area. The Bosphorus bridges, for example, can be useful references if you're planning a navigation flight through Istanbul.

Instrument flight regulations, abbreviated as IFR, is an aviation term made from of the initial letters of the English term. To fly IFR, you must first have an IR - Instrument Rating registered pilot license, as well as an IFR authorization for the aircraft.

IFR flight rules differ from VFR flight rules. Because meteorological limits vary, it's important to double-check that all of the requirements are fulfilled before taking off.

The creation of a flight plan is one of the tasks to be completed before the IFR or VFR flight. In terms of preparation methods, there is no difference between the VFR Flight Plan and the IFR Flight Plan. Prior to both IFR and VFR flights, a Flight Plan must be prepared and submitted.

Why is Night VFR Training Required?

At the end of their training, pilots who intend to pursue a professional commercial piloting career should have a commercial pilot license with a multi-engine instrument rating. When we look at the requirements for the pilot training modules, we notice that they are all different.

A pilot license with a Night VFR Rating is one of the requirements for instrument training. Along with the Night VFR training challenges, this is a training that will help you improve your skills while also being fun.

The Night VFR course is designed to teach pilots how to fly visually in poor visual conditions and how night vision affects human perceptions. In nighttime situations, the effects of aircraft lighting systems and lights that illuminate the engine and navigation indicators on human situational awareness differ significantly from daytime conditions.

Although there is no requirement other than a PPL - Private Pilot License prior to Night VFR training, we recommend that you perform 50 hours of PIC - Pilot in Command Flight before Night VFR training to improve your skills.

You can have information about Night VFR and many other flight-related issues with Avian Aviation.